Initially this focused on the removal of debris, foliage and agreement with the council to maintain water levels. Improvements in water quality have increased the numbers of fish and improved the river as a habitat for birds and mammals including swans, little egrets, kingfishers, herons and otters.

Improvements to the riverside has resulted in new footpaths being laid. The group has also developed a series of river walks.

In 2002, Clevedon Civic Society’s environment group expressed concern about the deteriorating condition of the river and a public meeting  in the town  was arranged to gauge the amount of  interest.

A packed meeting, chaired by Cllr Michael Adames, confirmed strong support for action. This call came from many people who lived close to the river and in many cases had riparian rights and responsibilities for the river adjacent to their houses. It was agreed that a group of volunteers the ‘Land Yeo Friends’ should be formed with the the aim of collectively working to maintain and enhance the river.

It was made clear at the inaugural meeting in October 2003 that the  Land Yeo Friends would be entirely independent of the Town and District Councils and would be a pressure group, but also able, within its constitution, to seek funding and where appropriate, to manage enhancement contracts.

Professional help and advice has been provided by independent consultant Barry Underwood, the Environment Agency and North Somerset Council. Cllr Adames was our first chairman. 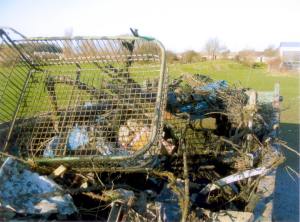 Click on image to expand – then the back arrow to close

How the river was viewed – press reports

Automation of the tilting weir at Cook’s Clyse

Instrumental in raising the river’s profile 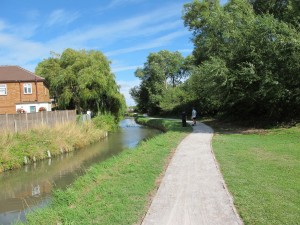 The river flow has improved following clearance of the culverts

The following is an example

Wider appreciation that the river is

AN ASSET – NOT A LIABILITY